Newcomers’ guide to Halloween in Canada

In Canada, come October, you’ll start seeing houses in your neighbourhood decorated with spooky-looking objects and cut-outs, pumpkin carvings, and creepy-crawlies made of rubber. It is the time of year when grocery stores stock up on sweets and candy, and your local dollar store and the mall will have a variety of Halloween-themed novelty items.

Halloween is celebrated annually on the night of October 31. On Halloween eve, kids (and adults) dress up in a variety of costumes and go trick-or-treating. As a newcomer in Canada, you may have seen people celebrating Halloween in movies or sitcoms or even cartoons. In this article, we’ll explain the origins of this fun and spooky tradition and walk you through its evolution. We’ll also provide a snapshot of local Halloween celebrations so you’ll be well-prepared to participate and make the most of it!

The origins of Halloween

Halloween is a centuries-old tradition that has been adapted over time to newer customs and activities. In the mid-to-late 1800s, the Irish and Scottish immigrants brought customs such as wearing disguises to ward off ghosts and offering food to appease malevolent spirits – this eventually led to Halloween being celebrated in Canada.

There is considerable debate about the origin of Halloween. However, for the most part, it can be traced back to Celtic and Christian roots.

The customs of Halloween are said to be likely derived from the ancient Celtic festival of Samhain (pronounced sow-in). The word Samhain means “summer’s end” and is the Gaelic word for November. The Celtics believed that the evening of October 31 marked the division between the light and dark halves of the year. It was considered to be a time when the boundary between the living and the dead was at its thinnest and all types of ghosts, fairies, and demons, including the souls of the dead, were able to visit the living.

Some believe that Halloween partly originated in Christianity – stemming from All Saints’ Day, a day all the saints (or hallows) of the church are honoured. The word “Halloween” has Christian origins and is derived from All Hallows’ Eve (the evening before All Saints’ Day or All Hallows Day).

Modern-day Halloween in Canada is marked by scary decorations, fun and spooky costumes, and trick-or-treating. Here’s a glimpse into what goes on at Halloween.

Decorating homes and yards with Halloween-themed novelties is a popular way to kick-off celebrations. While many will adhere to the basics of displaying carved pumpkins and a few spooky items like gravestones and giant spiders, some people go overboard with the decorations and have it up on display weeks before Halloween.

Tip: You don’t have to spend hundreds of dollars on Halloween decorations for your home. Your local dollar store will have a variety of reasonably priced Halloween items that you can purchase. You can also get creative and plan a DIY craft session with your kids to make a paper bat garland, spider web wreath, a garland of mini ghosts, or gravestone cutouts.

Pumpkin carving and displaying the Jack-o’-lantern 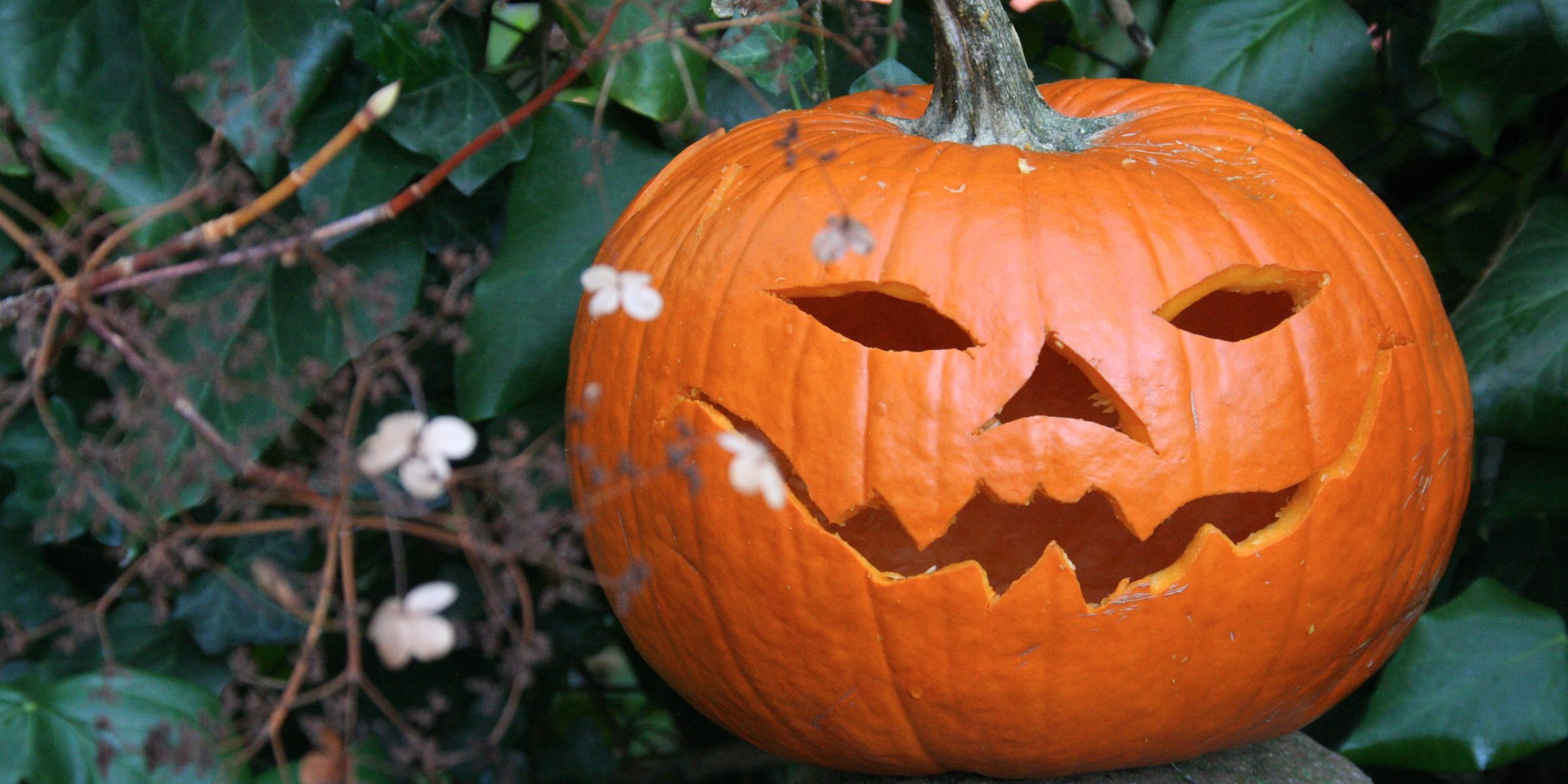 One of the traditional decor items that you can make at home is a carved pumpkin. The carved pumpkin is known as the Jack-o’-lantern, and it is considered the ultimate Halloween decor. On or around Halloween, pumpkin-carving contests are held all over Canada, where entire communities compete.

The custom of carving a pumpkin and putting it on display was brought to Canada by the Irish and Scottish immigrants. The carved lanterns are a symbol to ward off evil spirits and are thus integral to the Halloween tradition. 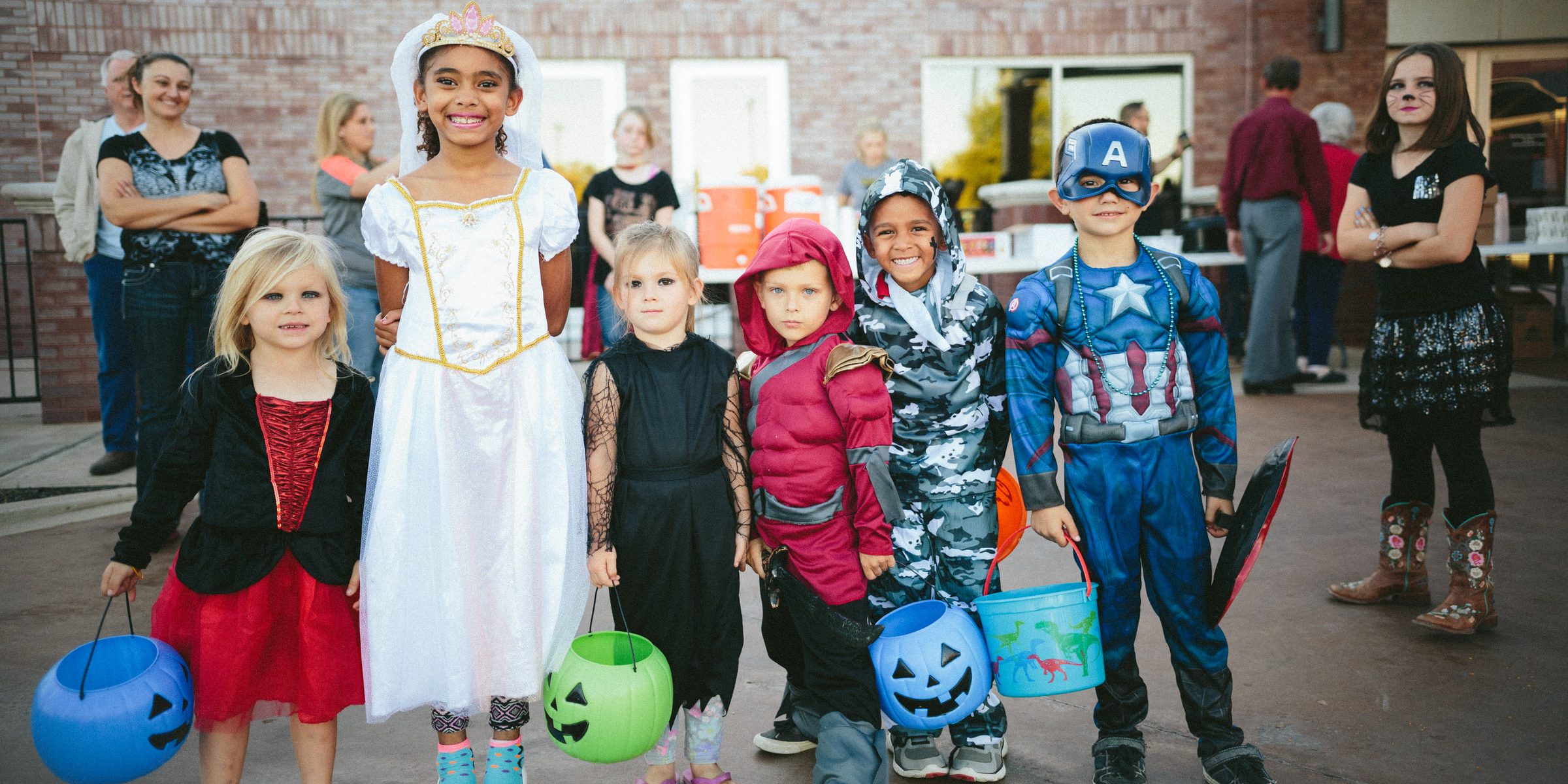 Halloween is as much about costumes as it is about carved pumpkins and candy. In Celtic Halloween customs, people wore costumes and masks to disguise themselves and ward off harmful spirits. Anonymity used to be a big part of the costumes. That’s not the case anymore.

Modern-day Halloween costumes for kids, as well as adults, are influenced by everything from pop culture and fictional cartoon characters to superheroes and entertainment personalities. Some people put a lot of thought, effort, and money into their costumes. Couples or group costumes are also equally popular. Both kids and adults sometimes wear their costumes all day at school and office, respectively.

Going trick-or-treating and handing out candy

On Halloween eve, children go trick-or-treating in the neighbourhood to collect candy. The practice of asking for offerings from a household, originally known as souling or mumming, dates back to the 15th century and is considered the precursor of the modern practice of trick-or-treating.

In the middle ages, the poor would offer to sing prayers for the souls of a household’s dead in exchange for soul cakes – a form of alms for the dead. As Halloween traditions evolved, this practice was adopted by children and instead of saying prayers, they would sing songs, recite poems, or perform other entertaining tricks in exchange for nuts, fruit or coins.

Fun fact: The term “trick-or-treat” was first used in the Lethbridge Herald on November 4, 1927, in reference to festivities in Blackie, Alberta.

Adults buy candy for the children who visit their homes and hand it over to avoid having a trick played on them. The treats are usually a reward for the kid’s costume. If you aren’t planning on handing out candy at Halloween, leave your lights out for the evening. Any home with the lights on can expect to have kids knock on the door or ring the bell.

Here are a few things to note as you prepare for trick-or-treating:

Read Mila’s story to learn about her experience of embracing the Canadian way of life and to know how she and her husband celebrated their first Halloween in Canada.

The popularity of Halloween has grown over the years and is now celebrated by kids and adults alike. In Canada, it is considered the second most commercially successful holiday after Christmas. Kids enjoy going trick-or-treating with their friends and neighbours, adults have costume parties, and the streets light up with pumpkin lanterns and spooky decor. Halloween truly is a fun and whimsical time for families across the country.