Ottawa is Canada’s national capital and has some of the country’s best attractions, green spaces, nature getaways right on its doorstep. Here is what you need to know about living in Ottawa and some of the best neighbourhoods to explore.

The city was originally named Bytown and founded in 1826. Ottawa is set on the bank of the Ottawa River and borders Gatineau, Quebec. It is the political seat of the country and with a population of around one million people, still retains a big town feel. Ottawa attracts new arrivals from around-the-world due to its professional employment opportunities, post-secondary studies, and quality of life. It’s also Canada’s third-largest Caribbean community, fourth-fastest growing African community, and has a large Chinese and Middle Eastern population. 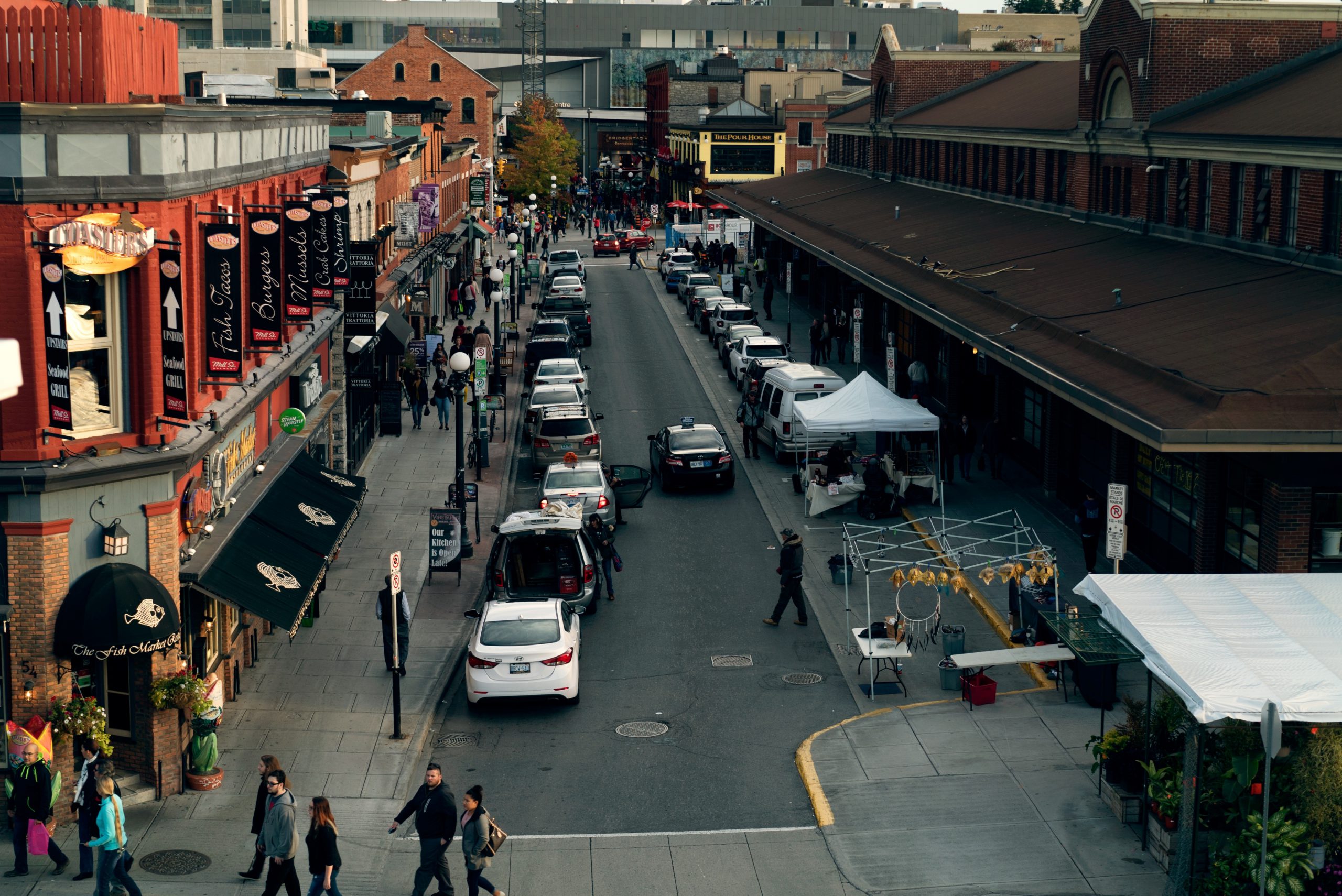 Ottawa is a compact city, making it easy to explore. Extending beyond the downtown core are diverse neighbourhoods, each with its own vibe. Here are just some of the most neighbourhoods to explore:

Ottawa’s Downtown Rideau area is the heart of Ottawa. It’s where you can visit Parliament Hill and attend a debate in the chambers or take a yoga class on the front lawn in the summer. The Byward Market is close by, home to several farmers’ market stalls selling locally made products and colourful street art. The Bytown Museum tells the story of Ottawa’s history and is located next to the Ottawa Locks on the Rideau Canal. Close by is the Ottawa Art Gallery and the National Arts Centre.

South of downtown Ottawa, Glebe was Ottawa’s first suburb. Amid 19th century homes on leafy streets are independently-owned shops, restaurants and the Craft Beer Market on historic Bank Street. This neighbourhood is also home to TD Place, where you can catch concerts or watch the OttawaRedBlacks and Ottawa Fury play. Local festivals include Winter Brewfest and CityFolk, a celebration of music and dance.

At one time, Westboro Village was farmland. Today, it’s one of Ottawa’s trendiest areas. It’s home to boutiques, cafes, and great restaurants, as well as a mix of new condos and older homes. In the summer, residents flock to Westboro beach on the Ottawa River. Visit Maplelawn Historic Garden, which has a rare and well-preserved walled garden (the 19th-Century house is now a Keg Steakhouse). Fuse Street Festival takes place each August, transforming Richmond Road into a street party with live music and food.

East of downtown Ottawa is the historically French-Canadian neighbourhood of Vanier. The city only amalgamated with Ottawa in 2001 and is becoming increasingly diverse with more new Canadians choosing to settle here. The area is filled with restaurants, as well as gourmet food and independent clothing stores. The Beechwood Market is a local farmers’ market in Optimiste Park, which runs through the summer to October. Vanier is home to a Sugar Festival, where you can see maple syrup being made each spring.  The neighbourhood also has more than 30 outdoor murals to explore within a 17.5-acre site, as well as the Le Centre d’artistes Voix Visuelle, a gallery dedicated to contemporary digital and non-digital art.

Key considerations for moving to an Ottawa neighbourhood

Public transit in Ottawa is operated by OC Transpo. It’s also connected with the Société de transport de l’Outaouais (STO) in Gatineau, across the river. OC Transpo operates the O-Train, bus, and Para Transpo services. There are two train lines: Confederation Line, which is an electric light rail line that runs approximately every 25-minutes and the Trillium Line, a diesel-run train line that runs approximately every 15-minutes. Bus services vary between express buses and services for commuters in the surrounding suburbs. Service runs 24-hours a day, and buses connect with the O-Train. Payment for bus and train service can be made using a reloadable Presto card. Buses will accept cash fares, but you’ll need to purchase a ticket at a ticket machine for the O-Train.

With more than 800 km of recreational paths, cycling in Ottawa is a great way to explore the city and visit local attractions. There are recreational trails to explore, including the Sightseeing Cycling Route, Ottawa River, which goes past Parliament Hill and Ottawa Locks, as well as the Rideau Canal Route. A cycling map of Ottawa-Gatineau is also available online.

It’s possible to live in Ottawa without owning a car, especially in or around the city’s inner core. However, the further you move out to rural areas, the more you may need to rely on a car to get around.

There are plenty of outdoor spaces and recreational activities to enjoy in Ottawa. Confederation Park in downtown Ottawa is one of the city’s main event spaces and hosts events for Winterlude, the Canadian Tulip Festival, and Canada Day celebrations. Andrew Haydon Park is set right on the edge of the Ottawa River and has biking trails, dog-friendly spaces and hosts outdoor concerts in the summer. Close to Carleton University, Brewer Park has facilities for hockey and skating, a splash pad, and an outdoor swimming pool.

The city is also home to world-class festivals. The most popular is Winterlude, which takes place each February, with ice-carving and skating along the Rideau Canal. In warmer weather, check out the Ottawa Blues Fest or Ottawa Dragon Boat Festival. And as you would expect for the nation’s capital, Canada Day is a special celebration.

When it comes to shopping, the Rideau Centre in downtown Ottawa has four levels of stores, including high-end brands such as Nordstrom, Simons, Harry Rosen, and Tiffany & Co. As well as fresh food, ByWard Market sells jewellery and one-of-a-kind fashion. Close to downtown, Glebe is filled with unique stores where you can find vinyl records, boutique fashion, books, and accessories. Other neighbourhoods with great shopping include Westboro Village and Wellington West.

The Ottawa-Carleton District School Board (OCDSB) teaches approximately 72,000 students and is the seventh-largest school board in Ontario. It offers 113 elementary and 25 secondary schools, as well as five secondary alternate schools. French immersion language programs are also available. The Ottawa CatholicSchool Board (OSCB) operates 85 schools in elementary and secondary education and also offers French immersion and core French learning.

Ottawa also has some excellent private schools, including Westboro Academy, which offers a bilingual education for grade school students and Blythe Academy, a private high school.

Ottawa is home to the University of Ottawa (uOttawa),  which offers undergrad and graduate courses and is home to the largest law school in Canada. Carleton University offers degrees in the arts, science, math and humanities and is recognized as the country’s best college for undergraduate teaching. Algonquin College of Applied Arts and Technology has courses in business, art & design, IT, health sciences, and apprenticeship trades.

The Crime Severity Index for Ottawa is 56, considerably lower than the Canadian average of 75.01.